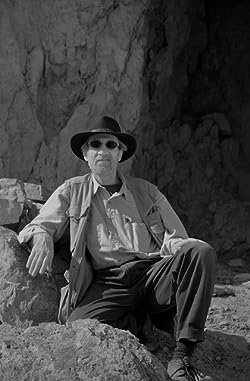 It’s author Lester Picker on my blog today. He is the author of The First Pharaoh, The Dagger of Isis, and Qa’a among other works. He is also a photographer and an adventurer. You can visit his website www.lesterpicker.com/

1) Tell us about yourself. Where are you from?
I was born in Brooklyn, New York, U.S.A., but moved to rural Maine after college. I now reside in Maryland.

2) Tell us about your books.
I have written five novels to date, and several e-books related to nature photography. As far as my novels go, I have a historical fiction trilogy about Egypt’s First Dynasty. They are: The First Pharaoh, The Dagger of Isis, and Qa’a. The First Pharaoh revolves around the life, loves and battles of King Narmer, the first person to unite Upper and Lower Egypt into one Dynastic rule that lasted for 3,000 years. The second novel is about Narmer’s great-granddaughter, who was the first female King of a united Egypt. The final book of the series is about Qa’a, who was the final King of the First Dynasty. The series averages 4.5 stars on Amazon.

I also have two works of general fiction. Sargent Mountain is about a women who, following the death of her husband, finds that he was unfaithful to her for most of their marriage. She meets the “other woman” by accident. The story explores the themes of love, loss and the meaning of friendship.

The Underground is about a New York Times reporter who finds out some disturbing things about her adoptive father who raised her. As she investigates her background she uncovers her true heritage, as she solves the mystery surrounding her father’s life and love.

3) When did you start writing? Why did you choose to write in the historical fiction genre?
In the fifth grade I won a writing contest and I was hooked! I was always an avid reader, so writing came naturally for me. My historical fiction about Ancient Egypt also came naturally to me. My father used to take me to museums when I was young and I enjoyed Ancient Egypt exhibits. I was fortunate to have visited Egypt many times. However, most historical fiction writers seem to focus on the 18th Dynasty. What interested me was the mystery of how Dynastic Egypt first started. Who was the man smart enough and strong enough to unite Upper and Lower Egypt into one nation? That led me into lots of research. I asked three Egyptologists to be my mentors for my research. I visited their excavations in Egypt and the more I researched the more fascinated I became. It’s truly a case of truth being stranger than fiction. In any case, I outlined the first book in the trilogy and I was off!

4) Your life has been very adventurous. Can you tell us more about your wildest adventures?
As a photographer and author I have been arrested in Egypt, chased by a sea lion, nearly bitten by a 16-foot crocodile, climbed to the top of the Pyrenees, and dived in a U.S. Navy attack submarine many thousand feet in the ocean. I lived in Egypt’s Eastern desert with temps at 110 degrees Fahrenheit and photographed in the Arctic at temps below -40 Fahrenheit. So, yes, I have lived an adventurous life and have loved every minute of it! Well, almost every minute.

5) How did you first get into the world of publishing?
My first paid article was for a corporate magazine in America. Since then I have had 650 of my articles published, plus many of my photographs. I was a weekly columnist for a major USA newspaper, too. I chose to publish my novels on the Amazon platform, which I feel has been wonderful for authors.

6) Your books have been bestsellers. How many copies have you sold so far?
I have never tracked how many copies I have sold, but my income has grown every month, even though I have not put any real effort into marketing. I hope to change that very soon. The thing I enjoy most is the fact that my historical novels have a 4.5 rating on Amazon and the wonderful emails I get from readers.

7) Which authors have most influenced you? Your favourite books?
I have to say that when I was younger I was strongly influenced by the works of John Steinbeck. In the area of historical fiction I was influenced by Mary Renault who wrote about Alexander the Great. I read so many books nowadays, it would be hard for me to list my favorite authors.

8) How do you go about the process of writing a novel? How do you ensure that your characters are well rounded and your story interesting?
Great question. I first have to feel passionate about the concept. I then spend a lot of time researching and thinking about the story line. Then I sit down and write a one- or two-page synopsis of the story. Over the next few weeks I will flesh out that outline, adding more and more detail. I may also begin to name my characters and give them their habits, peculiarities, physical descriptions and so on.

Once I have a good overview, I develop a chapter-by-chapter outline. This is usually heavily detailed. This can change a bit as I go along, but once I have that detailed outline it’s off to the races. Once I get past the first few chapters, my writing goes pretty quickly.

9) How many words do you write a day?
I have never in my career counted words! Some days I might write 2-3 pages, while others, when I am in the flow, I may write 5-10 pages. When I am in the midst of an exciting section of the book I find that I cannot get it out of my mind and I will write in the morning, afternoon and even come back to my desk after dinner.

One amusing incident happened during the writing of my first historical novel, The First Pharaoh. I was writing a battle scene when my wife said we should break for dinner. We went to a restaurant, but my mind was so much on the battle scene, I could not focus on my wife or on eating. Fortunately she is very understanding. She asked me what was wrong and I told her that my main character was in the midst of a battle and I had no idea what would happen to him. We immediately got up and went home!

10) You are also interested in photography. I believe your photos have also appeared in Nat Geo publications? Tell us about it.

I have been photographing since age 11 and my work has appeared in many magazines and newspapers. I lead photography tours around the world and teach print-making and other aspects of photography. I have also published several photography e-books. You can check out my website: http://www.lesterpickerphoto.com

11) So what are you releasing next?
I am still in the thinking and planning stage of a new novel that will be a radical departure for me. However, I do not want to reveal any more, since I am in the very early stages and I may even abandon that project for a more traditional story I have in mind.

12) Anything you would like to add?
I do love writing. I think the art of storytelling is the oldest of human activities, harking back to the time when we sat around a campfire to comfort ourselves from the dangers that surrounded us. Writing is a lonely profession, so I truly welcome it when my readers contact me about my storytelling. I also want to add that I am encouraged and hopeful when I see young authors and writers like you carrying on the tradition.

A. J. Chaudhury is a young author from India writing mostly in the fantasy genre. His historical low fantasy short “A Song of Blood” releases shortly. Click here to download his fantasy novella “The Drabird” for free.

About A J Chaudhury

A. J. Chaudhury is a young author from India of fantasy and historical fiction. His short story "A Song of Blood", set in historical Pragjotisha, has released recently, and more tales are following soon.
View all posts by A J Chaudhury →
This entry was posted in Uncategorized. Bookmark the permalink.